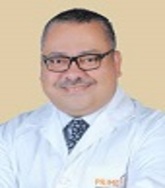 Biography: Dr. Amr I.M. Hawal has his expertise in evaluation and passion in impr ReadMore...

Dr. Amr I.M. Hawal has his expertise in evaluation and passion in improving the health and wellbeing. His open and contextual evaluation model based on responsive constructivists creates new pathways for improving health care specially in Neonatology field. He has built this model after years of experience in research, evaluation, teaching and administration both in hospital and education institutions. Our case presentation was done in one of the biggest & modern of art & advanced NICU based on tertiary generation level in the region (Latifa Hospital, DHA, Dubai, UAE). 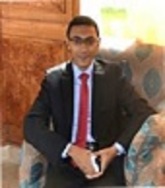 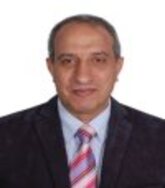 Mohamed Abou seif Badawi is Pediatric & Neonatal Consultant working in the Pediatric Department of The New Al Qassimi Women and Children Hospital . He received his MBBCH from Ain Shams University Medical College in 1990 , one of the top ranked & best universities in Egypt . He trained at the Pediatric Department of Ain Shams University hospital ,Cairo, Egypt ,had Master Degree in pediatric from the same university in 1995 . He is member of Royal College of Pediatric and Child Health since 2009.He had Arab Board for medical specialization in pediatric in 2012. Dr. Badawi is faculty at Dubai Medical College for Girl, Hospital based Instructor for NRP. He is A member of many societies ( BAPM ,RCPCH, EAP, ESPINIC, ESICM and more ) . He had been in the field of neonatology over last 28 years . He is interested in neonatal Ventilation ,neurology and Nutrition . He did many quality improvement projects in Neonatology including reduction of the incidence of ROP in premature, Reduction of neonatal hypothermia on admission to NICU ,reduction of the PICC associated complications in NICU . Beside his clinical interest in neonatology and management of extreme preterm, He is interested in clinical research and publication